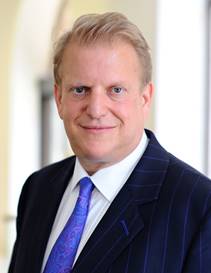 Lewis Silkin is the sole GALA representative in the United Kingdom and is one of the top advertising & marketing law firms in the country, having worked with some of the world’s leading brand owners and advertising agencies for the last 40 years.

The firm has unrivalled strength in depth within it’s team which is consistently ranked at the highest level by leading directories Chambers & Partners and Legal 500. Both commented in their respective most recent issues: “[Lewis Silkin] advises global advertising agencies and independents as well as leading brands on targeted advertising, and data-driven and app-focused issues” (Chambers UK 2016); and “Lewis Silkin LLP delivers ‘fast response times and excellent legal knowledge’” (Legal 500 UK, 2015).

Examples of Lewis Silkin’s work in this sector include:

Lewis Silkin has extensive experience of dealing with advertising and media industry regulatory bodies, including assisting clients with making or defending complaints and challenging regulatory decisions through their own appeal procedures, or when necessary, through litigation. For example, they advised Marks & Spencer on the successful defence of an ASA investigation in to the M&S “Dine-In for 2 for £10” promotion

Their advertising and marketing team are regularly called upon to help with contests, prize draws and promotions. They assist with drafting suitable terms and conditions for promotions, as well as advising on the specific legal issues arising out of using different platforms and different mechanics to activate promotions, including compliance with Facebook policies, running UGC competitions, and how to minimise risks of vote rigging.


Sexual portrayl of under-18s in ads


The ASA opens a can of worms


From United Kingdom: Do misleading Brexit claims mean the referendum should be re-run?


From United Kingdom: Brands using vloggers transformed from poachers to be gamekeepers by the FTC

The Advertising Standards Authority has recently successfully defeated a judicial review application by a specialist broadband supplier, CityFibre, about the ASA's decision to allow the term 'fibre' to be used to describe...

The long-awaited Guidance for Traders on Pricing Practices was finally issued by the Chartered Trading Standards Institute (CTSi) in December 2016. The previous guidelines had been around since the old DTI published its...

Is The ASA Killing Native Advertising?

The ASA’s latest decision on native advertising has worrying implications for both brands and publishers, both of which face continuing regulatory challenges. The greatest concern is that the balance between freedom to...

Commercial Vlogging: The ASA reinforces the requirement for the prominent disclosure

The UK’s Advertising Standards Authority (ASA) has issued a further ruling on the requirement for transparency when engaging online video bloggers (‘vloggers’). Mondelez Ruling In 2014, the ASA received a...