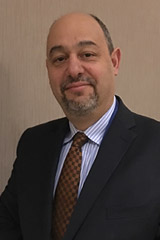 Georg has been practicing law for the past twenty years. Throughout much of that time he was also deeply involved in mass media and public affairs.

In 1998, he founded Sapiano & Associates which was later re-branded into Aequitas Legal and which is now one of the principal providers of legal services in Malta. He is best known for combining legal expertise with a keen sense of strategy.

He has developed an extensive network of relationships with leading law firms in Europe, North America and Asia. The common theme of the service he has provided throughout is an ability to place the tools of Maltese law within the commercial and strategic context in which it is to be applied.