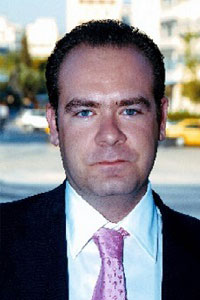 Asterios Syssilas was born in Athens and is a Senior Associate Lawyer in Α&Κ Metaxopoulos Law Firm (Athens, Greece) since 2009. He has been practicing law since 2000, when he was admitted to the Athens Bar. He is a LL.M Graduate in Civil Law, Faculty of Law, University of Athens.

He specializes in Copyright Law-Antipiracy, Advertising Law, Telecommunications Media Technology (TMT) Law, Consumer Protection and Data Protection Law, Industrial Property, Unfair Competition Law. In 2014 he was listed in Best Lawyers in the field of Media Law. His most recent work highlights are the following:

-Advising a major Greek company which is the copyright holder of foreign tv series on Antipiracy issues, drafting penal complaints for copyright infringements via the internet

Asterios has participated in many law conferences, in Greece and abroad, including advertising law conferences organized by the Global Advertising Lawyers Alliance (GALA) He is a frequent author and a regular contributor to the “GALA Gazette”. Some of his most recent articles are:  “Changes in the Greek media and advertising landscape”, (September 2014), “New legal framework applicable to the gaming sector in Greece”, (December 2012), “Online casino advertising: Still a controversial issue in Greece”, (April 2011). He speaks fluently English and French.