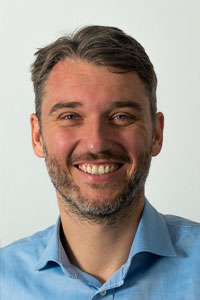 Dušan regularly lectures on labour law at seminars and conferences organised by the economic weekly Trend, IIR or TASR.

In the area of acquisitions he participated in a significant transaction representing Agrofert, a major Czech group operating in food and chemistry industries in gaining interest in Duslo Šaľa, a leading Slovak chemical plant.

In the area of IP he participated in an international study "The Collective Management of Rights in Europe – The Quest for Efficiency" for the European Parliament, prepared by KEA European Affairs summarizing collective management of music copyrights.

He participated in setting up the first low-cost airline in the Slovak Republic. He was in charge of establishing the airline on the market. He participated in acquiring a licence of an air carrier licence. He prepared employment contracts for the flight personnel; he solved the issue of affiliated belly cargo transport.

He participated in the privatization of Slovenské elektrárne, one of the biggest privatization projects in Slovakia as a member of the local team of attorneys for the government adviser of the Slovak Republic. Legal services included setting the most suitable structure of selling the state-owned power plant along with comprehensive due diligence of nuclear and hydro power plants in Slovakia.