Facebook Inc. vs. Be Chemo, Israel Supreme Court Rules on the Topic of the Choice of Law & Jurisdiction Clauses

The Israel Supreme Court,  has recently delivered a ruling which limits the capability of a contracting party to determine the jurisdiction.  Often, within standard contracts, companies will compel its customers and/or users to  accept the governing law and jurisdiction.  For example, a company which is based in Germany, will draft a contract which determines that the agreement is subject to the laws of Germany and all disputes must be filed before a German court.

Israeli users, when joining Facebook, signed an agreement, determining that all disputes will be subject to the laws of California and must be brought before the courts of California.  Section 15(1) of the agreement determined that:

“You will resolve any claim, cause of action or dispute (claim) you have with us arising out of or relating to this Statement or Facebook exclusively in the U.S. District Court for the Northern district of California or a state court located in the San Mateo County, and you agree to submit to the personal jurisdiction of such courts for the purpose of litigating such claims.  The laws of the State of California will govern this statement, as well as any claim that might arise between you and us, without regards to conflict of law provisions.”

The Supreme Court determined that the contract between Facebook and its users is a “standard contract”, meaning, an identical contract, not open for negotiation, which every costumer/user must sign.  As such, the contract between Facebook and its Israeli users, is subject to the Israel Standard Contracts Act-1982.  Pursuant to the Standard Contracts Act, a court may cancel or amend a section within a standard contract which it finds discriminating or unduly unfair towards a consumer.  Though there is no “closed list” of discriminating and unfair terms that give the service provider an unfair advantage, Section 4 of the Standard Contracts Act provides a list of terms which are presumed discriminatory.

Section 4 specifically mentions that clauses which determine the applicable law and clauses which determine the jurisdiction, are presumed discriminatory.  If a term is presumed discriminatory, the service provider, has the option to undermine the presumption.  Facebook argued that it managed to undermine the presumption of the unfairness and discriminatory nature of Section 15(1).  Inter alia, Facebook argued that it provides services to billions of global users and can not be expected to conduct legal proceedings in all the various countries in which it is present.  The court acknowledged that it would be preferable for Facebook to conduct all hearings in one location.  However, the court held that Facebook did not prove that Facebook’s interest outweighs Israeli consumers’ preference to conduct litigation in Israel.

Taking into consideration the enormous gap between Facebook’s and the consumers’ powers, the little or no negotiating powers on part of the consumers, convinced the Supreme Court that the choice of courts was unfair and discriminatory.  However, the Supreme Court accepted Facebook’s appeal in relation to the choice of law.  The Supreme Court held that the laws of California are similar to Israeli law and are considered advanced in the field of class actions.  The laws of California are in English and widely available and accessible on the web.  Plaintiffs handling a 400 Million Dollar class action, should not be deterred by pre-determined California law.  Facebook, which is present in most countries, should be allowed to plan its actions in accordance to a standard law.

Hence, the Supreme Court accepted Facebook’s claim relating to the choice of law and rejected Facebook’s claims relating to the choice of courts.  The class action will be heard before an Israeli court, subject to the laws of the State of California.  For more information see Civil Appeal 5860/16, Facebook Inc. and Facebook Ireland Ltd. vs. Ohad Ben Chemo, decision rendered on May 31, 2018. 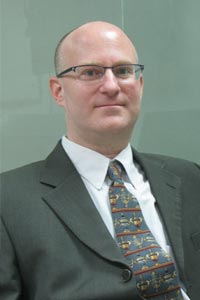