Ireland to become first country in EU to introduce plain packaging on cigarettes?

Draft legislation is presently winding its way through the Irish parliament which would allow Ireland to become the first European Union State to introduce plain packaging on cigarette packets. The Public Health (Standardised Packaging of Tobacco) Bill 2014 aims to regulate the retail packaging and appearance of tobacco products with a view to increasing the effectiveness of health warnings, reducing the attractiveness of tobacco products to consumers, and reducing the ability of retail packaging in misleading consumers about the harmful effects of smoking or using tobacco products.

If introduced it would mean Ireland would be just the third country in the world (behind Australia and New Zealand) to bring in such rules which would remove any branding, trademarks, logos, colours etc. from the packaging. The packaging will instead be replaced by graphics and warnings about the dangers of smoking.

The draft legislation is the subject of objections from both the tobacco industry and other EU states. The tobacco industry has indicated that court proceedings will be issued to prevent the introduction of the proposals if the Bill is passed. Such proceedings would be based on the intellectual property rights of the tobacco manufacturers which it is claimed would be breached by an enforcement of plain packaging. Additionally 8 other EU states have lodged concerns with the European Commission regarding the Irish proposals which will now be reviewed by the Commission over the next 3 months before the legislation can be enacted. 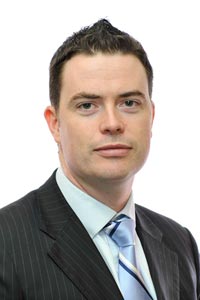