Would the approach to misleading effects of superlative adjectives change in the future? Bulgarian Implications

During the past several years the Bulgarian Commission on Protection of Competition (“CPC”) has devoted special attention to advertisements promising the “best product / service,” the “lowest price” or the “highest quality.” The authority was quite suspicious of such claims subjecting them to rigorous analysis and in most cases it concluded that the advertisers were misleading the general public, because the respective offering was deemed an exaggeration in one way or another1.

Following this logic in July 2014 the CPC imposed а fine on Kaufland Bulgaria (“Kaufland”) (the largest retailer in terms of market share) in excess of BGN 542,000 (approx. EUR 277,000) for advertising “the lowest price” offers2. On appeal the decision was overruled by the Supreme Administrative Court (“SAC”)3.

Legal Background
Misleading and unlawful comparative advertising are regarded as forms of unfair competition, giving rise to administrative liability for both (i) the party, that has procured the advertisement, and (ii) the author of the unlawful content (e.g. advertising agency). The misleading advertising violation is defined on the basis of the ability of an advertising message to distort the economic behavior of consumers, thereby causing harm to competitors. The rules against misleading advertising are enforced by the CPC - an independent governmental agency. If the authority finds that a violation has been committed, it may require discontinuation of the prohibited behavior and impose fines on the advertiser and the agency which may reach up to 10% of their total annual turnover in Bulgaria.

Case History and Decision
The CPC investigation was initiated on self-approach triggered by the promotional claim “highest quality at the lowest price,” used by Kaufland in relation to foods offered under its private label “K-classic.” The slogan was featured in various short-term promotional activities over the period 2011 - 2014.

The authority reviewed in detail the procurement and sales procedures of Kaufland and found that the retailer had indeed introduced a quality control system with the aim to ensure the high quality of all “K-classic” products. Finding that the monitoring system was satisfactory, the CPC ruled that the first claim (“highest quality”) was justified.

In relation to the price claim (“…at the lowest price”), the CPC found that Kaufland had introduced and implemented a system for monitoring the prices of identical or similar products offered in competing retail chains. Whenever Kaufland detected a lower price, it decreased its own prices below or at the same level with its competitor. Moreover, Kaufland announced that every customer who had purchased a competing product at a lower price was entitled to receive the difference with Kaufland’s own price, and it did comply with this promise. At a later stage Kafuland changed the “compensation” procedure and started to offer a small gift to vigilant consumers.

Despite the numerous features of Kaulfand’s promotional system which aimed to guarantee customer satisfaction, the CPC ruled that the slogan was misleading. The main concern of the authority was that when Kaulfand reacted to lower price notifications by decreasing its own price, its new price was not always below that of its competitors – in many cases Kaufland was only matching their price. According to the CPC, such behavior was in contradiction with the second part of the slogan (“…at the lowest price”). The reasoning of the authority contained a detailed discussion of the grammatical forms of adjectives and concluded that the superlative form requires uniqueness, which in its view meant that Kaufland would only comply with its promise if it had decreased its prices below the level of any competitor. Price-matching, on the other hand, led only to identical prices, which were not unique and therefore not “the lowest.”

Appeal Decision
On appeal SAC overruled the CPC decision basing mainly on linguistic and grammatical analysis, prepared by court-appointed linguistic experts, who took the position that the superlative form does not require uniqueness of the object because it describes a relation to the ultimate limit of quality, which was a feature that can be shared. Relying on this logic the court accepted that “the lowest price” claim would be correct not only where Kaufland is selling “K-classic” goods at prices below any other competitor, but also where the price is identical with the lowest price offered by a competitor. Consequently, the advertisement was deemed not to be misleading and the CPC decision was reversed. 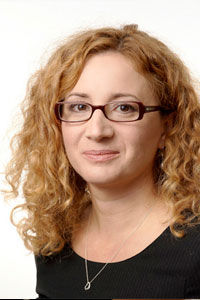