By October 1, 2017, the mention “retouched photograph” will have to be presented with commercial photographs of models whose body appearance has been refined or thickened ; this requirement aims at fighting anorexia and bulimia.

The obligation to have a wording “photographie retouchée” or “photo retouchée” (i.e., “retouched photograph” or “retouched photo” - the “Message”) presented with photographs featuring models whose body appearance has been retouched has been inserted in the French Health Code by an Ordonnance dated April 14, 2016.

A decree dated May 4, 2017 (the “Decree”) provides that, starting on October 1, 2017, the Message must be presented in an accessible and visible way and must be clearly distinguished from the remaining part of the advertising message.

The presentation of the Message must comply with self-regulatory rules, in particular with the Recommendation “Notes and Overlays” issued by the French self-regulatory advertising organization[1].

As a general guidance under this Recommendation, the message must appear :

The advertiser must ensure the compliance of the obligations set forth in the Decree. The advertiser must, in particular, check whether or not the images/photos that it purchases (directly or through intermediaries) have been modified to refine or thicken the silhouette of the model.

2.2 The exclusion of editorial images

The editorial images in magazines or newspaper are not explicitly excluded by the Decree, but the reference to “advertising messages” in the Decree, as well as the reference to “ads”, by the ARPP’s press release, dated May 23, 2017, should lead to the assumption that the editorial images in magazines or newspapers are excluded from the scope of the obligation.

A social post which can be qualified as an “ad” will fall within such an obligation if it contains a photo of a model retouched with a software program for images processing used to refine or thicken the silhouette of this model.

Thus, a blogger/vlogger/influencer, instructed by an advertiser (paid-for posts or through any other way destined to have the social media user compensated, for instance through the offer of gifts), to present, directly or not, a product or an ad message of an advertiser with photo(s) of his/her image, is likely to be deemed a model under the French labor Code.

As a result, if a digital communication is deemed an ad (as described above), the advertiser will have to ensure that the Message is featured with a photo presenting the brand influencer if he/she (thus qualified as a model) has refined (or thickened) his/her silhouette.

The use of the words “broadcast” and “destined to” in the French Health Code and Decree should lead to the interpretation according to which the obligation applies when the French market is targeted ; an EU campaign broadcast over the internet and targeting France (criteria such as the use of the French language, the references to prices in Euros, the addresses of stores located in France,…etc.) should be deemed falling within the scope of this obligation.

The violation of the obligation to feature the Message with retouched photograph of models is sanctioned by a fine of up to 37,500 Euros; this amount can be increased (by the judge) to reach 30% of the advertising expenses. 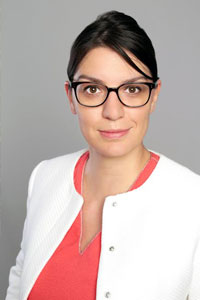 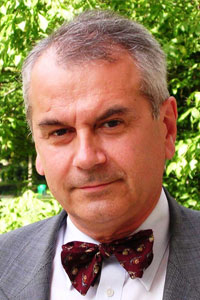